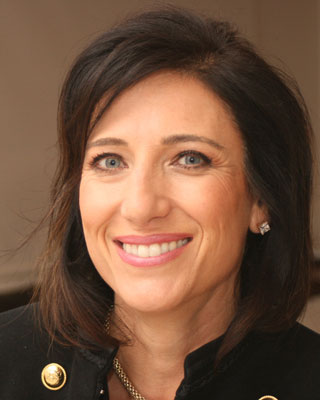 For 25 years, Catherine has been intimately involved in launching new technology ventures designed to serve government, telecommunications, infrastructure and the built environment sectors.

As a global leader in smart sustainable cities and digital transformation, Catherine has been awarded prestigious industry awards including the IoT Ambassador Award by the IoTAA and Smart Cities Industry Leader by Smart Cities Council. Catherine is also actively engaged in the Australian Digital Twin and Western Sydney Parkland Projects.

Prior to Meshed, Catherine was the Director of Smart Cities and Industries for IBM and has held other Executive positions for KPMG, MC2 Consulting, Telstra and PMP Communications and earlier in her career was a Strategic Planner for the City of Stonnington.

Catherine holds university qualifications in urban planning, economics, telecommunications, management and applied finance and has dual citizenship with the UK and Australia.

This session will highlight the leading IoT use cases for Smart Cities and Industries using the global standard LoRaWAN. The session will also highlight the findings of the COVID19 Pedestrian Index, a research collaboration between Meshed, the University of Wollongong and 24 Local Government Authorities in Australia and the ways in which they are using pedestrian counting solutions to inform targeted stimulus for economic, social and cultural recovery from the global pandemic.